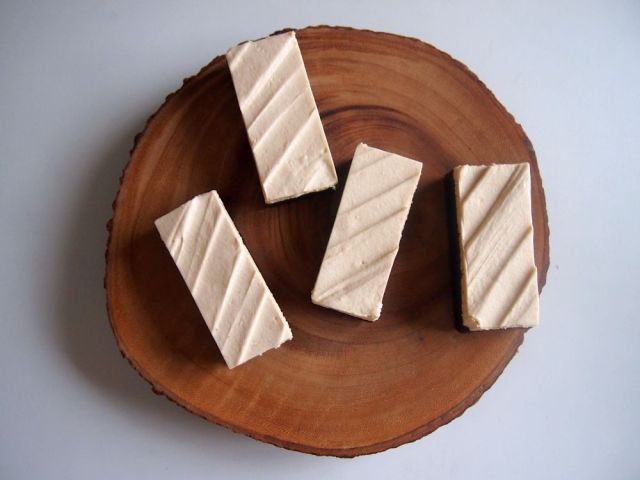 One chooses peanut butter, that’s what one does.

I’m not always a big fan of the chocolate+peanut butter love affair, but it’s pretty damn good sometimes. This is one of those times.

It was the Grey Cup this weekend! And so naturally we had a house full of people. My lovely motherdear made date squares and buttertart squares (so good) but I felt like baking too! I opted for brownies, but I wanted something special about them. I wanted to throw peanut butter into the idea somehow but I didn’t want to do those brownies where you just swirl peanut butter through the batter before baking because honestly when have you had a brownie like that that really blew you away? Probably never. So I thought about just making a peanut butter frosting for the tops. Not good enough. I wanted cream cheese in there too! Solution? A peanut butter “mousse” of sorts that sits so lovely atop the dense fudgey brownies.

The brownie recipe I used is my usual one found here, and here’s how to make the peanut butter mousse that goes on top!

In a bowl, whip together the cream and vanilla until stiff peaks form, and then set aside. In a separate bowl, beat the cream cheese with the peanut butter and icing sugar until smooth. Using a spatula, stir in about a quarter of the whipped cream to lighten the mixture, then gently fold in the rest until homogeneous but not over mixed. Once the brownies are fully cooled, spread this on top and place in the fridge or freezer (or outside in the snow like I did! wee! I love winter!) until they are firm enough to cut cleanly. Use a clean warm knife for each cut to get beautiful edges 🙂

This cake stand is so pretty but makes everything taste like it was smoked….WHAT THE HELL CHAPTERS!? WHY WOULD YOU SELL ME A CAKE STAND THAT IS GOING TO MAKE MY CAKES TASTE SMOKEY? Now all I can put on it for more than 5 minutes is a caramel cake and try to pass it off as a smoked caramel cake. Jerks.

One thought on “Once Upon a Peanut Butter Brownie: A Love Story”