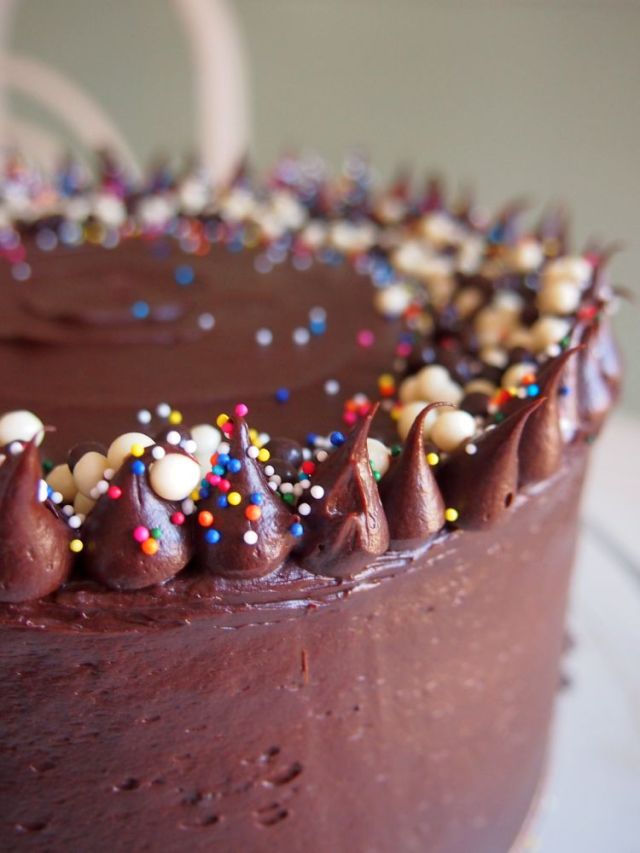 With a creamy vanilla filling.

And lots of sprinkles of course! 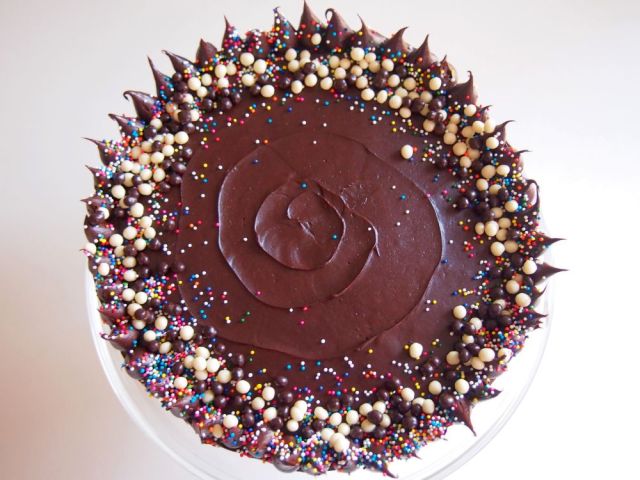 I think it’s clear to see that these are my favourite types of cake to make. A traditional layer cake with a butt load of sprinkles and some sort of weird decorating thing happening. Like the little poo drops here. 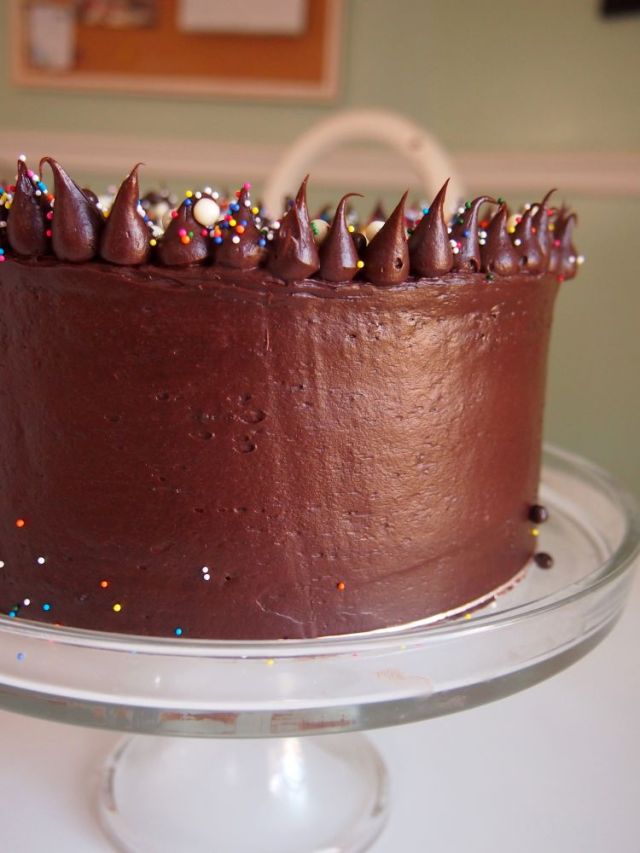 AND CAN WE JUST TAKE A COUPLE MINUTES TO ADMIRE HOW FUCKING SMOOTH THE SIDES OF THIS CAKE ARE?!?! SERIOUSLY. I can’t even handle it. The entire cake looks like this. I have never done this in my life up until this day.

I unlocked a new achievement. 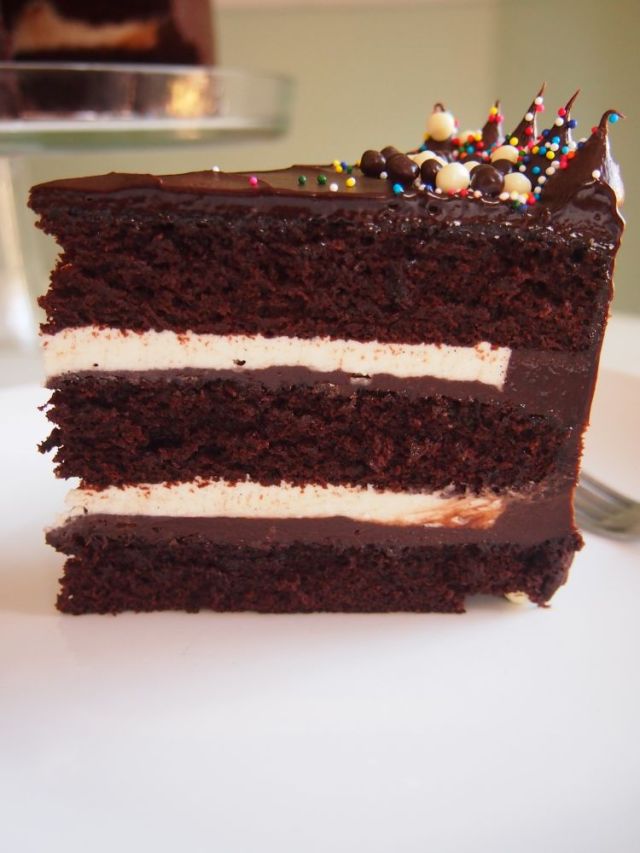 Please also admire the ridiculously, disgustingly perfectish montage (layers) inside the cake. *pats self on back* Just note that the bottom layer is being compressed because this cake is a beast and a bit heavy. 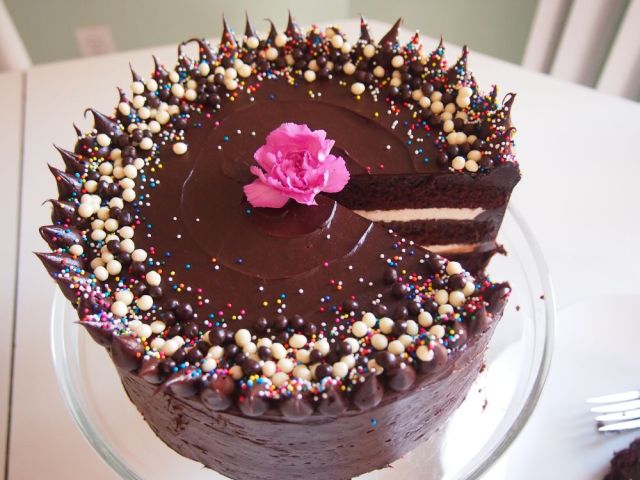 I went with a new approach to the buttercream with this cake.

I used a slightly different chocolate cake recipe with this one, because I’ve been finding that my usual go-to is a little bit too delicate for stacking and heavy frostings. So I used the hershey’s dark chocolate cake recipe found here but instead of baking in round pans, I baked it in a half sheetpan. I cut out 2 cake rounds with an 8″ ring and then 2 half circles from the top and bottom of the cake and used the rectangular scraps to fill the gap. Put it in the middle layer and no one will ever know!

Here’s the buttercream recipe I sort of made up on the fly:

Whip the eggs and sugar together over a bain marie until the sugar is melted and the mixture has reached 160F.  Place in a stand mixer and whip until cooled. Add the butter and vanilla, continue to whip the shit out of it. When it has turned into a silky and sexy smooth buttercream, add the cocoa and mix in slowly, then increase the speed to ensure it’s all mixed together. Set aside!

And for the vanilla filling:

Mix together the sugar and flour in a saucepan and then whisk in the milk. Cook over medium high heat while whisking until the mixture boils and thickens. Cover with saran wrap touching the surface and allow to cool. When the mixture is cool, transfer to a stand mixer and whip on high speed. Throw in the soft butter and vanilla and whip whip whip until it gets all fluffy and delicious and looks like chantilly cream. Done!

I like to put the cake into the freezer before assembling for easier handling. It will make your life so much easier and there will be less crumbs to make a damn mess.

What are you waiting for?! Go bake a cake!

One thought on “A Typically Tara Cake”